Tournament Style: Each player is guaranteed 2 rounds - 4 stations/logs will be played at a time.

Rules:  *The winner is the last player whose nail remains standing.*

1. Each player, in turn, shall toss the hammer such that it makes at least one full 360-degree rotation before he/she touches it again. The player shall not be allowed more than one toss per turn for any reason (unless it is part of a Trick - see Rule 2a).

2. Once the hammer is caught the player shall attempt to bring it down immediately and without hesitation upon an opponent's nail, driving it into the stump. Any attempt at "cocking" or "aiming" the hammer shall be considered foul play and subject to criticism.

2a. The standard toss is a back flip, such that the hammer flips claw first. However, all non-standard tosses are acceptable and encouraged, provided the toss does not violate Rules 1 or 2. Non-standard tosses are often referred to as "Tricks".  If the Trick includes a double toss (for example Under the Leg is 2 hits and Around the Back is 3 hits) it must remain a continuous motion and should not be an attempt to gain better control after a good first toss. Attempting Tricks is considered to add general excitement to the game, and if successful, carries with it the potential for increased penalties for opponents.

3. If a player drops the hammer during the toss, it is considered a Spazz and the player loses his turn.

4. If a player's nail should become bent during the game, they will adjust the nail, during his/her turn only. This process is called "Home Improvement". It is considered honorable to ensure that the nail is straight and in a position to be hit cleanly.

5. A player is eliminated from the game (and thereby takes no more turns) once any part of the head of his/her nail passes below the level of the surface of the stump (including bending over the edge of the stump without actually entering it). A generally accepted test of whether a player is still active is whether one can pass a fingernail underneath the head of the nail without obstruction. Any obstruction of free movement shall result in the player being deemed inactive.

6. Should a player's nail bend such that the head passes below the surface of the stump, thereby eliminating the player, this player can be resurrected if another player strikes the nail, regardless of intent, in such a way that the head of the nail emerges from the surface of the stump. The resurrected player will re-enter the game in the same rotation pattern as before elimination.

For questions about the tournament, contact Kiley Zankowski at the IGLA Chamber Office (712) 332-2107 or kiley@okobojichamber.com. 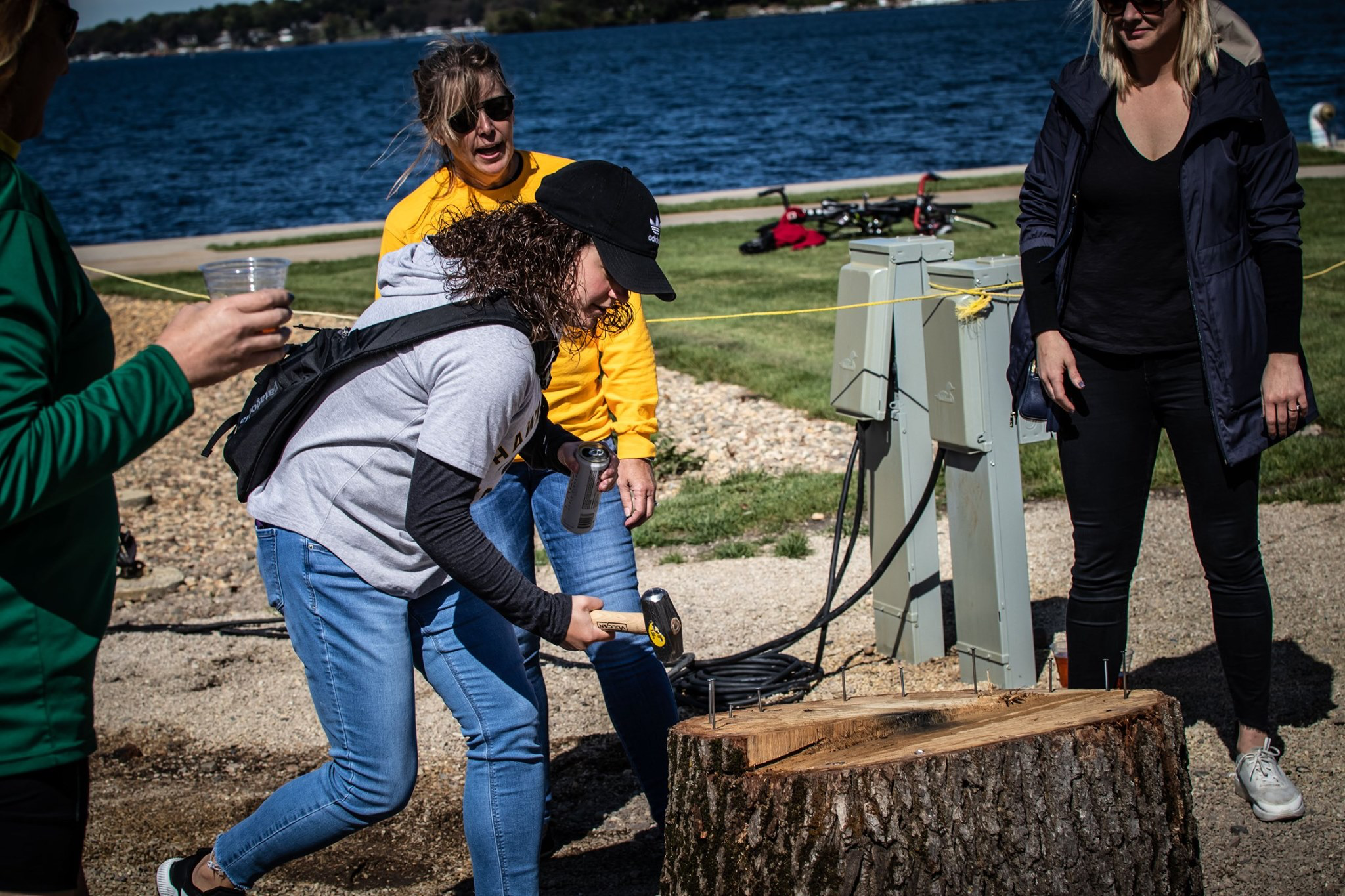 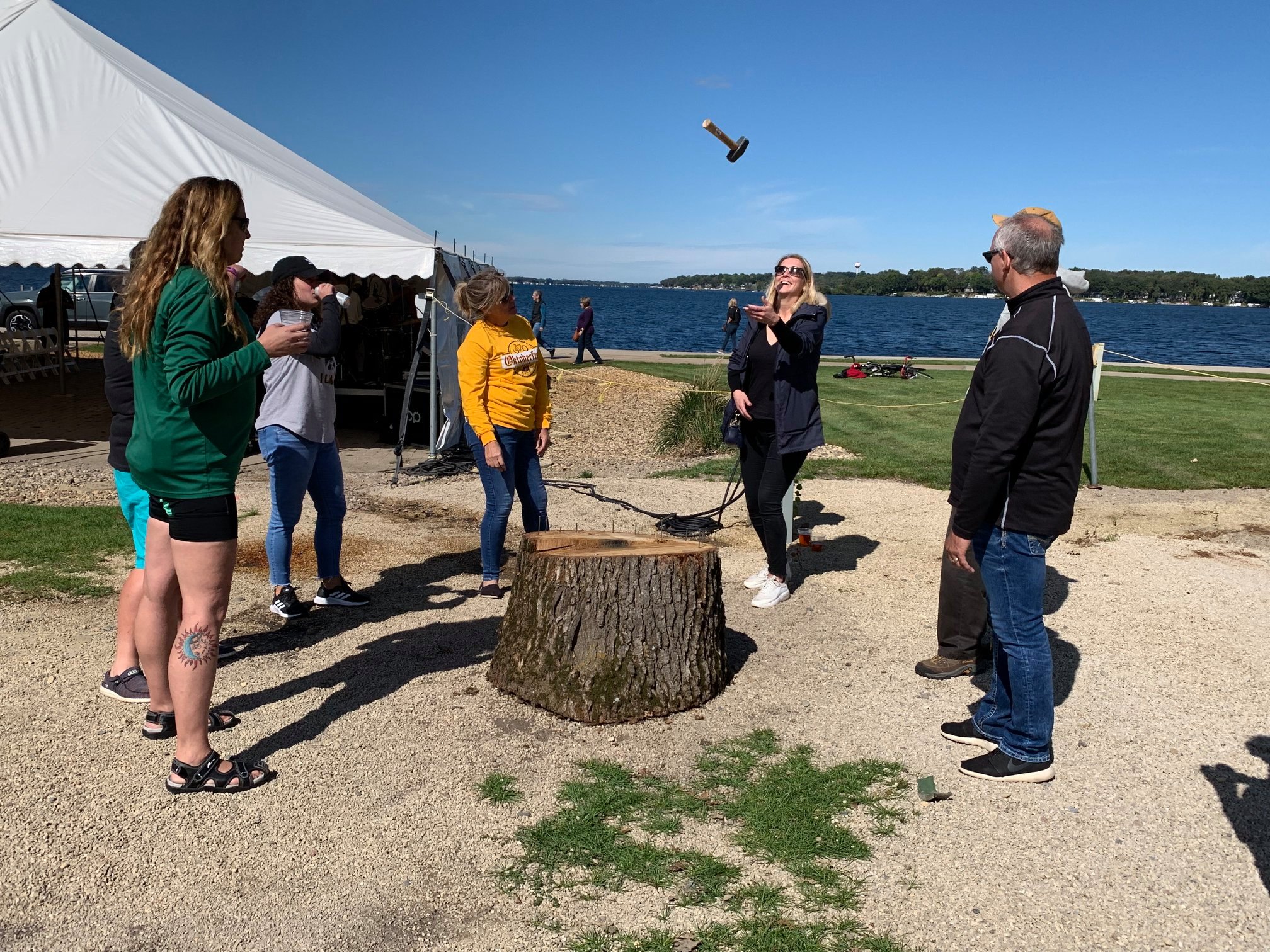